By Miranda Raye on April 5, 2021
Advertisement 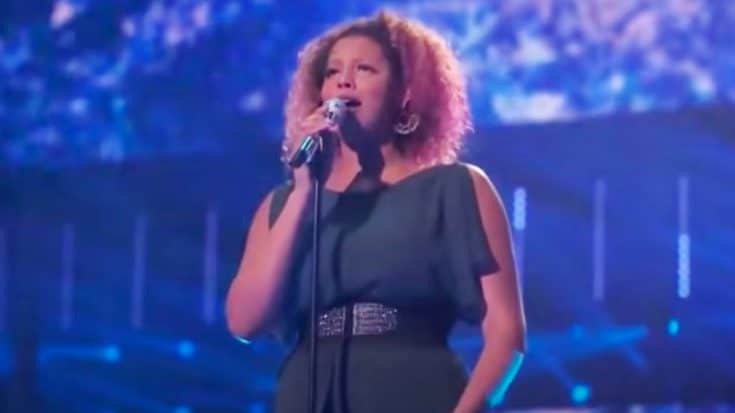 18-year-old Kentucky native Alyssa Wray immediately stood out to the Idol judges and viewers. She auditioned with a performance of former Idol contestant Jennifer Hudson‘s song “I Am Changing.”

Her performance generated an emotional reaction from judge Lionel Richie, who was moved to tears. He told Wray he believes a voice like hers only comes around “once in a generation.”

Knowing that only eight contestants from her group of 12 would move on to the Top 16, Wray pulled out all the stops for her performance. She delivered a cover of Underwood’s “Something in the Water,” which is not an easy song to sing.

But instead of mimicking the way Underwood performed the song, Wray opted to put her own spin on “Something in the Water.” The resulting performance seemed to leave the Idol judges in awe.

At one point, the camera cut to show judge Luke Bryan, who appeared to be watching Wray in amazement. During another moment, judge Katy Perry could be heard exclaiming “Wow!”

Many viewers were left uttering the same comment after they watched Wray’s cover of “Something in the Water.” You can catch the video of her performance below.

The video also contains Wray’s duet with Katharine McPhee, who was the runner-up of Idol‘s fifth season. They sang Whitney Houston’s “I’m Your Baby Tonight,” and that performance also earned a lot of praise from viewers!