By Manly Bryant on November 18, 2019
Advertisement 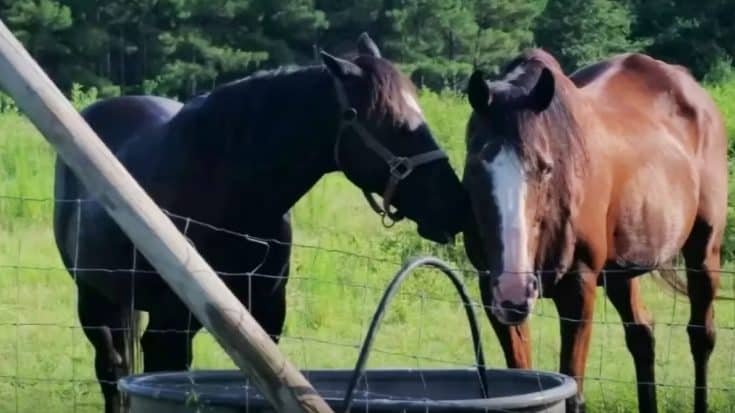 Horse owners from across both North and South Carolina are worried for their livestock’s safety as a string of horse killings and mutilations have put the community on edge.

UPDATE: One horse stabbed (died) was in the Tryon, NC area. The others stabbed, attacked, or frightened to the point of…

Posted by Fleet of Angels on Saturday, November 9, 2019

According to WYFF Channel 4 NBC and WBTW News 13 CBS along with FOX Carolina, a series of fatal horse stabbings in upstate South Carolina have grown into more than just an isolated incident.

“In the most recent incident, a quarter horse named Trigg was cut on the leg down to the bone and was slashed so deep on the stomach that its intestines were coming out at a Campobello pasture,” owner Ann McGinnis told the Herald-Journal, as WBTW 13 reports.

A November 15th report from FOX Carolina explains that two horses were killed in just two weeks and another mutilated after being assaulted with an unknown weapon.

One horse owner in Spartanburg County is offering a reward after his horse was fatally injured in a recent attack.

Local police began investigating after the second horse was killed and now the third attack has prompted an even stronger police response.

Now, after a group of concerned horse owners gathered to meet with local officials, law enforcement from across Greenville, Spartanburg, and Polk counties are working together to end this terrible reign of terror.

No answers have been given, but owners are taking extra caution, installing video cameras, and even making extra patrols.