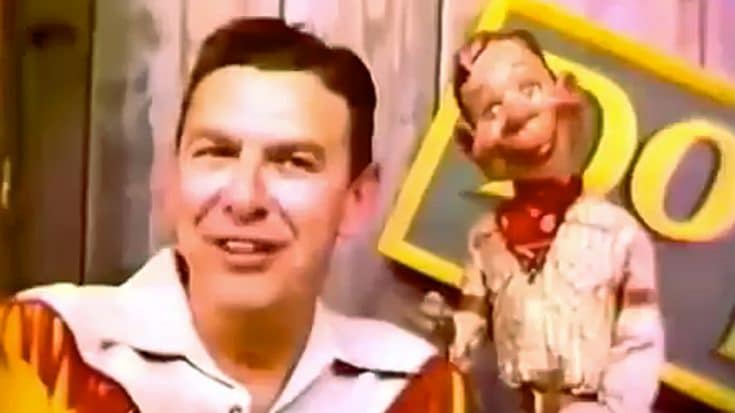 Remember Howdy Doody? Whether you were a parent or a kid when the show aired, you likely remember how beloved it was across the United States.

Howdy Doody premiered on December 27, 1947, and aired for thirteen years until it ended on September 24, 1960. It pioneered children’s television programming and paved the way for similar children’s shows.

Check out these facts about the popular show’s 13-year run.

A post shared by Tommy Lightfoot Garrett (@tommylightfootgarrett) on Sep 30, 2020 at 1:58am PDT

60 years ago today in 1960, the last episode of the children's series #HowdyDoody ends with #Clarabell the Clown saying the final two words of the show, "Goodbye Kids", his only spoken dialogue throughout the entire series. pic.twitter.com/Cu4XBij6Vz

It was the first nationally televised children’s show, and it was also one of the first shows of any genre to be produced at NYC’s Rockefeller Center.

Howdy Doody helped RCA to sell their color television sets. Halfway through the show’s 13 years on the air, it switched over to color. RCA was owned by NBC, and the switch encouraged parents to invest in a color set.

65 years ago today in 1954 #HowdyDoody and #BuffaloBob Smith of NBC's children's series #HowdyDoody were pictured on the cover of #TVGuide. pic.twitter.com/iQhlH99jyt

4) The Original Howdy Doody Marionettes Are Displayed In Museums

5) One Of The First Live Studio Audiences

Howdy Doody was one of the first shows that invited the live studio audience to participate. At the start of each show, Buffalo Bob would ask the children in the audience what time it was, and they’d excitedly respond, “It’s Howdy Doody Time!”