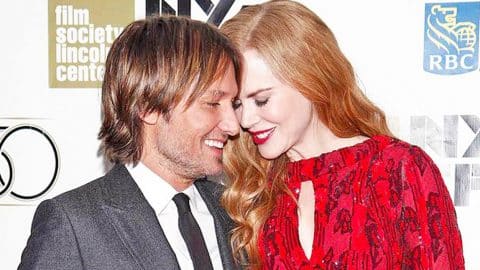 What do you get when you bring together a major country superstar and a talented actress? One of the most adorable marriages in country music.

Keith Urban and Nicole Kidman met in January 2005 at a Hollywood event called G’Day LA, an event set up to honor Australians. Urban was born in Australia, while Kidman was born in America to Australian parents who eventually moved with her to Australia. Six months after meeting, the two famous Aussies were an official couple.

On June 25, 2006, Urban and Kidman tied the knot in Sydney, Australia, and began their life together as husband and wife. But their marriage faced challenges from the start. Just a few months later, Urban entered rehab in an attempt to break his cycle of addiction. It was actually Kidman who pushed Urban into entering rehab, and in doing so, Urban has since said she saved his life.

Thanks to Kidman, Urban broke free from his addictions and has gone on to enjoy a happy marriage. They are now parents to two beautiful little girls named Sunday Rose and Faith Margaret.

After ten years of marriage, Urban and Nicole are still named as one of the cutest couples at any red carpet event they attend. Their love for one another is evident, and it’s clear from interviews that Urban is still smitten by his beautiful wife.

Urban has said many wonderful things about Kidman over the years, but in honor of their tenth anniversary we’ve come up with ten things he’s said about her that are guaranteed to make you go “aw!”