‘CMT Crossroads’ Finally Reveals Who Will Be Paired With Luke Bryan 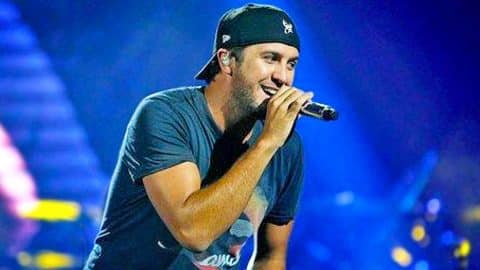 CMT‘s popular show CMT Crossroads has provided us with some great musical collaborations over the years. With pairings such as Hank Williams Jr. with Kid Rock and Carrie Underwood with Steven Tyler, country fans anxiously wait for the show to announce the newest mashups.

Luke Bryan is no stranger to CMT Crossroads, and has actually been featured on the show twice before. The first time was in 2011, when he was paired with rock band The Doobie Brothers. Bryan was on the show again a year later, when he joined Kenny Chesney, Brad Paisley, and others to perform with rock artist Joe Walsh.

Now, CMT has revealed that Bryan will be participating in Crossroads for a third time, and he’s being paired with an artist he’s successfully performed with before.

Bryan’s latest Crossroads collaborator is none other than Jason Derulo, with whom Bryan famously sang a duet of Derulo’s hit song, “Want To Want Me.”

Their duet was a virtual one, made possible courtesy of an Apple App called Sing! Karaoke by Smule. The video of the duet was a major hit, and as of March 1, has nearly 65 million views on Byran’s Facebook page.

Considering how incredible Bryan’s virtual duet was with Derulo, we can’t wait to hear these two artists perform the song live! In the meantime, you can enjoy their virtual duet in the video below.

What other songs would you like to hear Bryan and Derulo sing together on their episode of Crossroads?

Want to Want Me

How could I not, this was too much fun. Jason Derulo, you're a sanging fool. Oh yeahh http://bit.ly/Sing-With-LukeBryan