Korie Robertson Reveals Her Biggest Fear As A Parent

By Jennifer Pernicano on March 8, 2016
Advertisement 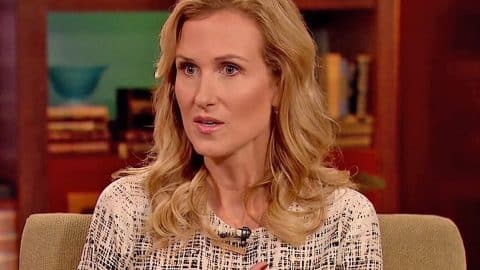 She and her husband Willie have six children, Rebecca, John Luke, Sadie, Lil’ Will, Bella, and newly-adopted son Rowdy.

Being the mother of six kids certainly keeps Korie on her toes, but not every moment of parenting is easy.

She sat down with Smashing Interviews Magazine to talk Duck Dynasty, parenting, and her book.

In the interview, Korie revealed her biggest fear as a parent.

While she did have some fear about Sadie joining the 19th season of Dancing With The Stars, she chalked it up to being a worried mom.

She has enough worry for all of her children, who she calls her “ducklings“, but her goal has been to raise their children to be strong and kind individuals, which inspired the title of her most recent book.

It's a good day when all of our ducklings are in the nest ??❤️

Take a look at Korie opening up about her kids in an interview below.