By Miranda Raye on March 11, 2016
Advertisement 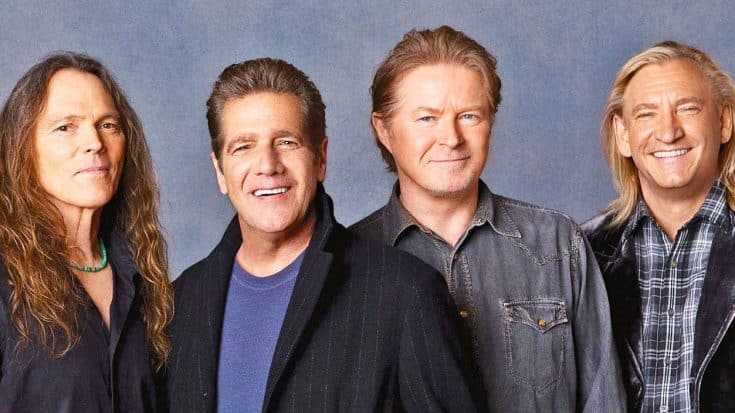 When Eagles founding member and guitarist Glenn Frey passed away, it was a shock to people around the world. But none seemed to take it harder than his bandmates, who experienced a rush of emotions after they learned the news.

During the Grammy Awards on February 15,  band members Don Henley, Joe Walsh and Timothy B. Schmit teamed up with the band’s co-founder Bernie Leadon and singer-songwriter Jackson Browne for a tribute performance in Frey’s honor.

It was an emotional experience for everyone involved, as Henley told BBC News in a recent interview, describing it as “very difficult and emotional,” so much in fact he says the band “almost didn’t do it.”

During the tribute, the band performed a version of their popular song “Take It Easy,” which Frey co-wrote. Their performance received a great deal of praise, but as Henley reveals, it is probably the last time we’ll ever see the group perform together.

“I think it was an appropriate farewell,” he said. “I don’t think you’ll see us performing again.“

We’re sad to hear that The Eagles probably won’t be performing together again, but we understand the reason why. It would surely be hard for them to continue on without Frey.

If the Eagles’ last performance was at the Grammys, we’d say it was definitely a fitting way of saying goodbye. You can listen to Henley’s full interview below.

What do you think of what Henley had to say about the future of The Eagles?