Brad Paisley’s Wife, Kimberly, Tells The Adorable Story Of How They Met 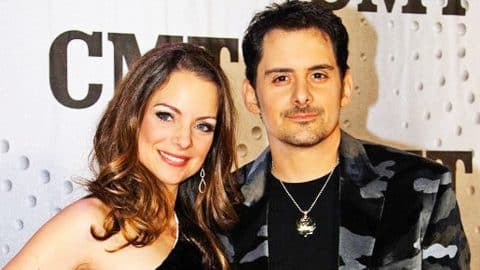 Williams, who is an actress, was starring in the 1991 comedy Father of the Bride, and Paisley found himself drawn to her. As it turns out, he went and saw the movie with his girlfriend at the time, but when they broke up, Paisley went by himself to see Williams in the sequel to Father of the Bride in 1995.

After that, Paisley couldn’t shake Williams out of his mind, and later told Good Housekeeping magazine in 2009 that he thought, “she seems like a great girl — smart and funny and all those things that are so hard to find.”

During a 2015 interview on the Meredith Vieria Show, Williams explained how she finally ended up meeting Paisley after he had adored her from afar for so long.

“He swears, it had never happened before, he woke up one day and decided he wanted to call me,” she said.

Much to William’s own surprise, she agreed to go out with Paisley and ended up appearing in his music video for the song “I’m Gonna Miss Her (The Fishin’ Song).” Although their relationship got started in an unusual way, Williams says they fell for each other fast, and after eight months of dating, they were engaged.

Paisley and Williams married on March 15, 2003 and have since had two sons together, William Huckleberry and Jasper Warren. Williams later appeared in another music video of Paisley’s as well, for his hit song “Little Moments,” which Paisley wrote about her.

You can watch the music video for “Little Moments” below, along with Williams’ full interview.

We wish Paisley and Williams many more years of happiness together!