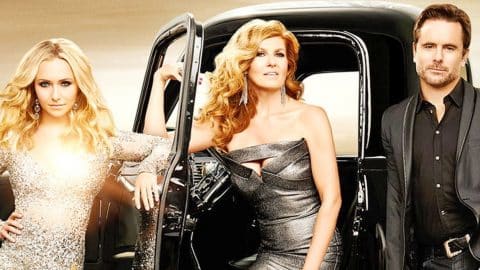 The musical drama TV show has something great lined up for viewers … a trio of singing stars!

The series, which follows the lives of fictional country music singers, already has an all-star casting list, including Hayden Panettiere, Connie Britton, Charles Easton, Eric Close, and many more.

Making itself different from the rest, Nashville is known for superstar guests and jaw-dropping performances. Throughout the show’s four seasons, music stars have been known to make guest appearances, like Brad Paisley, Kellie Pickler, and even Sara Evans.

According to The Hollywood Reporter, The next round of guest stars is set to be pop princess, Kesha, and country stars Kelsea Ballerini and Thomas Rhett.

Each singer will play themselves in a one-episode appearance, although none will be in the same episode. So, stay tuned!

While we wait, let’s take a look back at the time Steven Tyler dropped by to sing Patsy Cline‘s “Crazy” with Panettiere.

It really was crazy! Check it out below.