By Miranda Raye on March 15, 2016
Advertisement 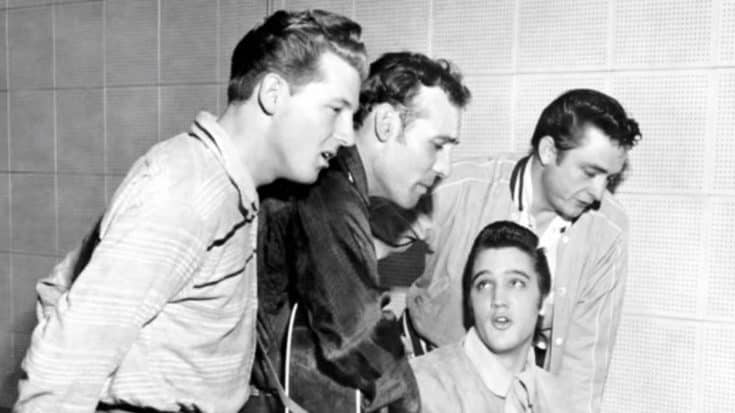 CMT revealed who will be playing some of the major roles in its upcoming “Million Dollar Quartet” television series. Now, it has been revealed that a major Hollywood star just signed on to play an important role in the show.

The new series is in honor of the 60th anniversary of the impromptu jam session between Elvis Presley, Johnny Cash, Jerry Lee Lewis, and Carl Perkins, which later became known as the “Million Dollar Quartet.” Based on the popular musical about the iconic recording session, the TV series will follow the rise of rock and roll and how the artists in the quartet helped it grow.

As it turns out, the whole meeting between the four artists was pure chance. It just so happened they were all in the Sun Records studio in Memphis at the same time, and the studio owner Sam Phillips called in a local newspaper to write a story and take photographs. With that, the “Million Dollar Quartet” cemented its place in music history.

Phillips himself is a legendary figure, since he not only helped young musicians like Presley and Cash in the early stages of their careers, but stood up for racial equality in the music industry. We’re excited to hear that Murray has signed on to play the role of Phillips! Though we’re still waiting to hear who is CMT‘s pick for the final member of the quartet, Carl Perkins.

“Million Dollar Quartet” is set to start filming in the spring. In the meantime, enjoy watching the clip below, which features an interview with Phillips about Presley, and also includes rare pictures and a recording from the jam session at Sun Records.