By Manly Bryant on March 24, 2016
Advertisement 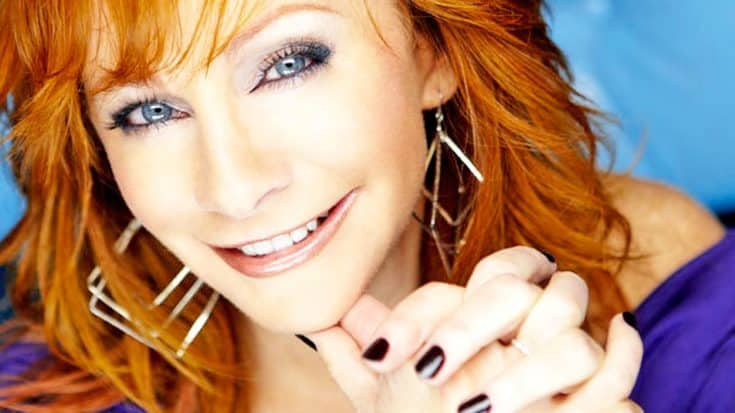 A true country legend, Reba McEntire has been issuing hits for over four decades and has accumulated a lengthy list of accolades from her incredible successes.

Born in Oklahoma, country music was a huge part of her upbringing and she began performing at local rodeos and sporting events. It was during one of those event performances that she caught the eye of another country artist, who later brought her to Nashville where her career in music really took flight.

In the ensuing years, Reba has become known worldwide for her resilient voice and burning red hair.

Because of her iconic influence on country music over the last 40 years, we are honoring her with photos of many great moments where she stole our hearts! In 1987, Reba won her very first Grammy award for her signature single “Whoever’s In New England” and gave her fledgling career a tremendous boost. The single also inspired Sugarland’s 2007 hit “Stay” – which tells the same story from another side.

2. That Time Reba Starred In A Sci-fi Thriller With the ’90s came a new wave of science fiction movies, and Reba had caught the acting bug…so what did she do? She starred in a movie about giant worms in the desert, of course! 1990’s Tremors featured Kevin Bacon as the lead role, and often had Reba wielding a gun. The movie saw two sequels come to life and was considered a success. This country and (now) film star teamed up with fellow redhead Wynonna Judd, and their colleague Vince Gill to open a chain of American country music themed restaurants. On July 1st, 1996 the three appeared at the launch of Country Star: American Music Grill in Las Vegas, where their location featured a special room decorated in honor of the late Elvis Presley.

4. When Reba Made Her Way Onto Broadway Taking a 2-year-long break from recording, the queen of country opened a Broadway production of Annie Get Your Gun in 2001 as Annie Oakley. Later, she revealed that the musical was “some of the hardest work, I’ve ever done in my life.”

5. When Reba Shared A Tear-Jerking Hug With Trisha Yearwood Following the 1991 plane crash that claimed the lives of eight band members, Reba recorded the song “If I Had Only Known” in tribute to those lost. Yearwood sang a beautifully crafted rendition of the song during a ceremony honoring Reba on October 26, 2006.

So many great memories have been shared with the country star and she’s continuing on her journey creating more – especially with music videos like “Just Like Them Horses” which brings her closer to her fans and gives them a deeper bond.

Watch her incredible video below!