By Manly Bryant on March 29, 2016
Advertisement 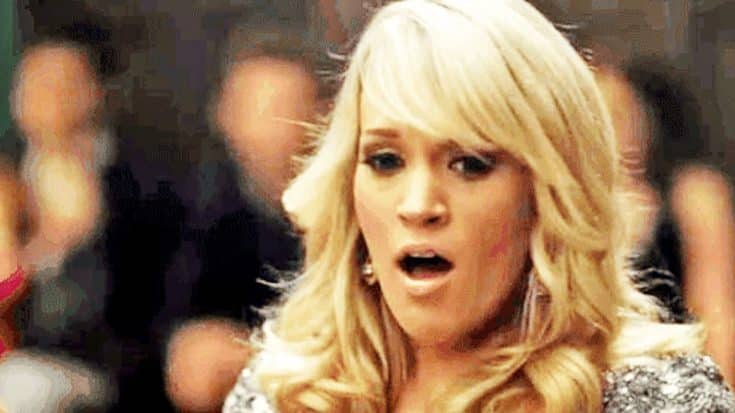 One of the biggest tours to grace stages across North America is apparently a dangerous place to work!

Country superstar Carrie Underwood has been traveling around the continent since early this year on her Storyteller Tour with special guests Easton Corbin and The Swon Brothers. They have performed almost 20 shows together so far, but according to The Swon Brothers – it took some getting used to!

“Me and my brother watched her rehearse for about a week in Jacksonville,” Colton Swon revealed in an interview. “Sitting in this big empty arena watching her do her thing with all the production coming together with the lights and sound. It’s just larger than life.”

But the sheer scale of the entire production wasn’t the only new part of the tour that took them by surprise!

The brothers, like Underwood, are from Muskogee, Oklahoma and entered the realm of country fame via a televised singing competition. In 2013, the duo finished in third place on the fourth season of NBC’s The Voice, and signed a recording contract shortly after that.

While they got a lot of time on stage with their appearances during The Voice, they found out that not all stages are created equal on their first night performing on Underwood’s tour!

“I’ve never risen out of the stage before. In order to do that, you have to get pretty low to get down there to the thing that comes up. It’s a dangerous working machine underneath the stage,” Zach Swon explained. “The first night in Jacksonville, I thought I was low enough, crawling to my spot. But, I wound up busting my head on a bar below the stage…I knocked myself out. My head was bleeding.”

“The first night, I sang ‘Fishin In the Dark’ with blood on top of my head. I don’t really remember doing it.“

Well, that just proves that it’s definitely not a lot of smoke and mirrors! There’s definitely a lot of hard work and skill needed to navigate your way to the entrance spot when you create such a visual presentation like the Storyteller Tour does!

Watch these two talented brothers tackle a classic alongside Underwood and Easton Corbin in the video below!