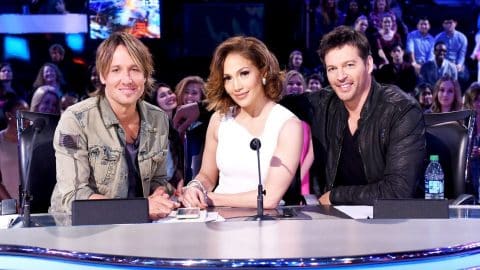 For the last 15 years, American Idol has captured the hearts (and ears) of millions worldwide and is preparing to sail off into the sunset with the forthcoming finale of the “Farewell” season in the coming days.

During an in-depth interview with the creator of the show, Simon Fuller, The Hollywood Reporter discovered that even though this year’s season is billed as the conclusion, it won’t be the end of ‘Idol’.

Fuller, who came up with the show back in 2001 says he has a feeling of pride looking back on the last 15 years of the program and admits that he’s figuring out how ‘Idol’ will “live for the next 15 years”.

Although the tour of finalists was cancelled for this year, Fuller reveals “there will no doubt be another format or refinement” to the show in the future.

“Now I can actually revamp [Idol] and come up with a new version,” he tells THR. “We can look back on 15 seasons and think of some legitimate ways to allow people to enjoy them again, maybe adding another dimension to it.”

With that said, nobody really knows what the mastermind behind one of the biggest tv shows in American history is planning, but he admitted that he’s dabbling in “virtual pop star” technology and has been crafting a “virtual reality show” around The King of Rock and Roll, Elvis Presley.

What do y’all think of American Idol making a return? And how would you want them to revamp it?

Watch the original “American Idol”, Kelly Clarkson perform “A Moment Like This” at the conclusion of the very first season in the video below!