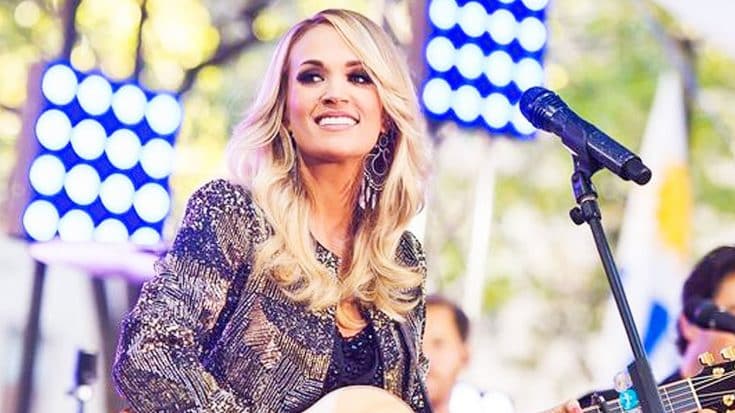 Keith Urban and Carrie Underwood are no strangers to singing together. Over the years, the two country stars have teamed up to sing everything from Stevie Nicks’ “Stop Draggin’ My Heart Around” to Urban’s hit song, “You’ll Think of Me.”

Although Urban and Underwood perform well together as a duo, they’ve never recorded a duet of their own. Well, that is, until now.

While walking the red carpet at the ACM Awards, Urban chatted about his upcoming album Ripcord, which is due for release on May 6. Fans already knew rapper Pitbull joined Urban for a track on the album, called “Sun Don’t Let Me Down.” But as Urban revealed on the red carpet, he also recorded a duet with Underwood for one of the tracks.

“I got Pitbull, and Carrie’s on the record…Carrie Underwood’s on there, as well,” he told ET.

In another interview with ET a few days later before the first part of the American Idol finale, Urban spilled some more details about his duet with Underwood.

“The song’s called ‘The Fighter.’ It’s a, I would say, kind of a call and response song between a guy and a girl and Carrie’s on that song with me,” he said

Even though there’s no news as to when Urban and Underwood will release their duet, fans may get the chance to watch them sing a different song together during the Idol finale, since Underwood is one of the scheduled performers and Urban is a judge on the show.

“I may even get to sing with one of them,” Urban said, referring to the Idol alums returning to perform. “Who knows? Stay tuned!“

You can watch ET‘s full report about Urban’s new album and collaboration with Underwood below.

Who else can’t wait to hear Urban and Underwood’s duet?