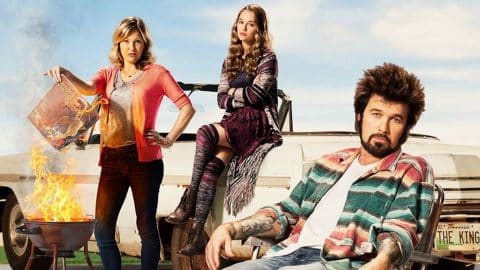 This summer, Billy Ray Cyrus will be returning to the small screen for a CMT original series.

“Still The King” stars Cyrus as a country singer who only had one hit twenty years ago. His name is Vernon Brownmule and has been given the nickname “Burnin’ Vernon”.

After his failed country music career, Vernon becomes the second best Elvis Presley impersonator around. Cyrus’ character leads the life of a rebel and steals a bread truck, crashing it into a church and is sent to jail.

Before getting out, he meets with his parole officer. There, he finds out he has 1,000 hours of community service and a fifteen-year-old daughter with a former flame with lots of child support to pay.

He shows up to the church he crashed into for his community service hours and overhears that their new pastor has yet to show up, so being a professional impersonator, he pretends he’s the pastor and gets a paycheck.

The show will follow Vernon trying to build a relationship with the daughter he never knew he had, and from the looks of it, she wants nothing to do with him!

We do know one thing for sure, it’ll be a wild ride! “Still The King” premieres on June 12th on CMT.

Watch the full trailer below!