By Miranda Raye on April 7, 2016
Advertisement 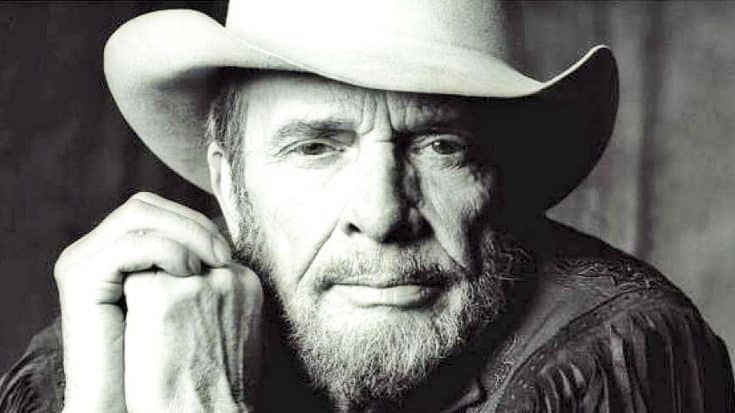 When Merle Haggard passed away on his 79th birthday on April 6, it was a shock to the entire country music community. But as his youngest son, Ben, wrote in a touching post to social media, his father had a feeling his time on Earth was almost over.

“A week ago dad told us he was gonna pass on his birthday, and he wasn’t wrong,” Ben wrote.

Since Merle knew he didn’t have much time left, he went ahead and started planning his funeral service. Now, the details of the funeral Merle preplanned have been released, and they involve a superstar country couple and close friends to “The Hag.”

Connie Smith and Marty Stuart, who have been married since 1997, will pay tribute to their friend during a private funeral service in Palo Cedro, California. Both artists will perform during the service, as specifically requested by Merle.

“I found out yesterday [April 6] that Merle had preplanned his own service,” Marty told The Tennessean. “He requested that Connie sing ‘Precious Memories,’ that me and Connie sing his song ‘Silver Wings,’ and that I officiate the service. We’re honored to do it.“

Merle shared a close relationship with both artists that goes back for years. Marty credits Merle’s music, and particularly his tribute albums to Jimmie Rodgers and Bob Wills, for being a great influence on his own career.

“That inspired me to live an entire life like I’ve lived it,” Marty said. “I still think it was one of the boldest, most unselfish moves he could have made.“

Connie knew Merle for over four decades, and he was the one who placed the medallion around her neck when she was inducted into the Country Music Hall of Fame and Museum.

When Connie learned that Merle wanted her to sing at his funeral, she felt incredibly honored to pay tribute to her dear friend in such a way. “It’s a privilege,” she said. “He was a real friend, and we loved him dearly.“

As Merle’s close friends, both Connie and Marty performed with him over the years. You can watch each of them sing with “The Hag” in the two videos below.

We’ll be keeping all of Merle’s family and friends in our prayers.