Justin Moore Supports Trump But Doesn’t Seem Thrilled About It 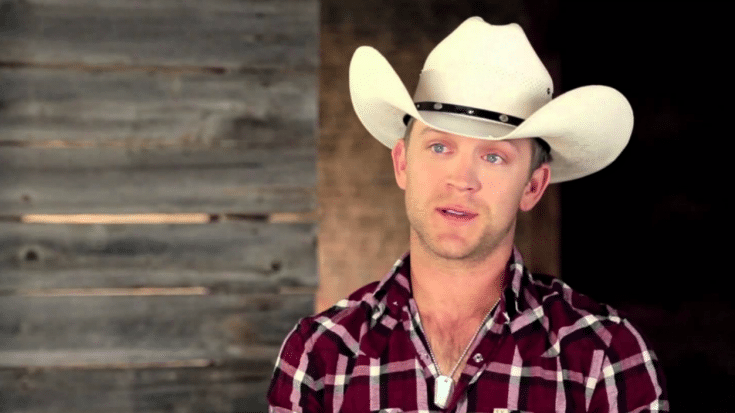 Country singer Justin Moore made headlines recently when he revealed that he was supporting Republican Presidential candidate Donald Trump. Moore, known to be outspoken, wasn’t worried about the backlash and has stood by his statement. The singer went into more detail with Taste of Country during a behind-the-scenes interview at the Academy of Country Music Awards.

“At the time, Trump is my guy. I’m a Republican, and I think it’s gonna take something out of the box in order for them to win the presidency,”Moore said before admitting that Trump has some issues he needs to work on. “He’s gotta tone down some things, and I don’t know if this last week helped him.”

While Moore is continues to support Trump, he doesn’t seem too thrilled with the idea.

“There’s not a whole lot of good options to be honest with you”, he added with a laugh.

So why exactly is Justin Moore supporting Donald Trump? In a recent interview with Cody Alan during CMT After Midnight, Moore explained his reasons.

“I like the fact that he evokes a sense of winning, you know?” he said. “I know it’s offensive to some people, and I’m not going to say I agree with everything he says, clearly. I think he’s just wacky enough to actually go do it. He doesn’t like to lose. I think he’ll win for our country if he were to get in there.”

Moore isn’t the only country star to throw their support behind Donald Trump. Loretta Lynn and Kenny Rogers have both vocally supported a Trump Presidency. But, it seems as if the country music community is as divided over the nomination as the rest of the country. Just weeks before his death, Merle Haggard shared his two cents about Donald Trump.

According to Rolling Stone, Haggard had been “watching Donald Trump’s campaign with amusement and concern.” “He’s not a politician,” Haggard says. “I don’t think he understands the way things work in Washington, that’s what worries me about him. I don’t think he realizes he can’t just tell somebody to do something and have it done, you know. I think he’s dealing from a strange deck.”

What do you think? Do you agree with Justin Moore, or are you siding with Merle?