Jase Robertson Takes His Wife, Missy, Duck Hunting For The First Time EVER!

By Jennifer Pernicano on April 21, 2016
Advertisement 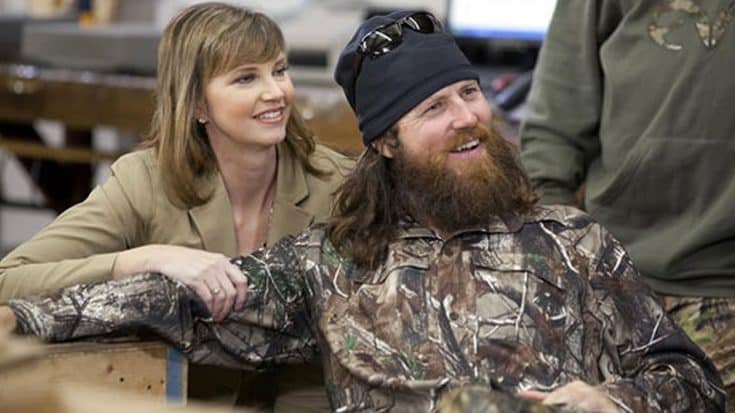 After 20 years of marriage, you’d think a husband and wife would have experienced just about everything together, right? Wrong.

Jase Robertson’s life is consumed with all things duck hunting and until 2009, he had never taken his wife, Missy, with him. She didn’t even know how to use a duck call!

In this clip from before Duck Dynasty began, Jase tries to teach Missy how to use the duck call while they’re on her first duck hunt, and let’s just say it did not sound pretty!

Jase agreed with her and said, “If we see any ducks, I don’t want you to call, but if we don’t see anything, you can practice. Only in small doses.”

Instead, Phil was calling the ducks and it was Missy’s turn to try and shoot one. She seemed nervous, but right when Phil said, “Cut him,” she stood up and shot the duck on her first try!

Phil, Miss Kay and Jase were so proud of her and she was extremely proud of herself! Go Missy!