By Manly Bryant on April 22, 2016
Advertisement 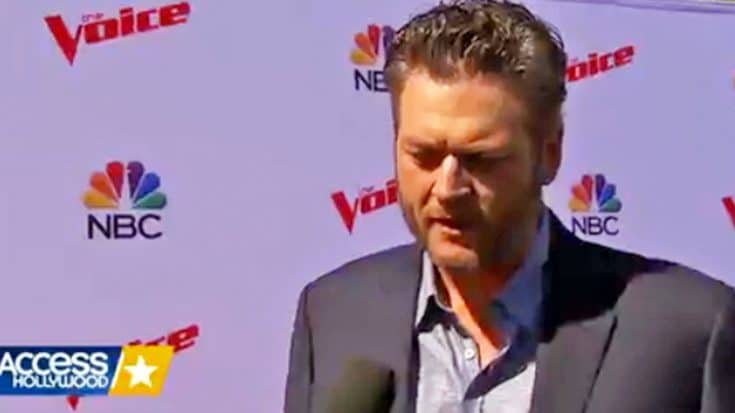 The entire music community has been in mourning since the passing of Prince on Thursday (April 21). Knowing the great impact he had on music as a whole and all the artists he had inspired throughout his music career, the news came as a crushing blow to many.

No matter what music genre you hail from, Prince inspired many musicians, including some of our favorite Voice coaches.

Access Hollywood caught up with Blake Shelton, Adam Levine, Pharrell Williams, and Christina Aguilera soon after the news broke and asked the coaches their thoughts on Prince’s passing. They were visibly shaken from the news.

“I’m still wrapping my head around it,” Levine said, who was close friends with the iconic entertainer. “This one really hurts. It’s not only someone that I absolutely idolize in so many ways, but it’s somebody that I knew on a personal level.” Levine admits that it was hard to be asked about Prince’s passing right after it happened.

Shelton, though he didn’t know him personally, was saddened by the news as well. “It came out of nowhere,” He said, obviously still surprised. “I don’t think it’s anything more than just – I don’t even know how to put it into words,” Shelton said, clearly at a loss for words. “It’s a blow to music. It’s like a missile; it really is.” The country crooner agreed that whether you’re a country man like him or a hard rocker, everyone loved Prince.

Access Hollywood took time to ask Williams and Aguilera about their thoughts as well. Tune into the video below to catch their responses.

We continue to mourn the loss of such a beloved legend along with the rest of the world. Our prayers are with Prince’s family, friends, and his many, many fans.