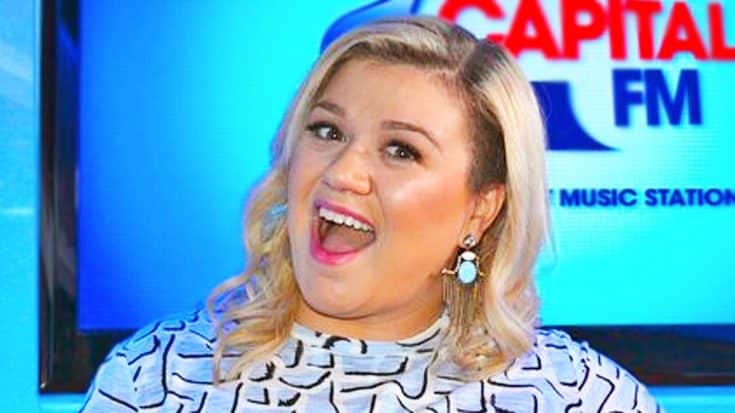 It’s been a little over a week since Kelly Clarkson gave birth to her second child, a son named Remington Alexander. Ever since Remy’s birth, fans have been anxiously awaiting photos of Kelly’s new addition. The wait is finally over!

Kelly Clarkson took to Twitter tonight (April 23) to share two photos of her little prince. In the first photo, Clarkson’s husband Brandon Blackstock is holding a sleeping Remy who looks to be grinning. The second photo shows Kelly cradling the tiny newborn as she kisses his forehead.

Remy is the second child for the couple who were already parents to daughter River Rose and Blackstock’s children, Seth and Savannah, from a previous relationship. Remington Alexander was born on April 12, 2016, after a rough pregnancy. Instead of morning sickness, she experienced something a bit worse. “I’m familiar with all-day sickness,” she told CBS This Morning in November 2015. “I have to get IVs and fluids because I get so dehydrated. It’s really bad.”

We are thrilled that little Remy arrived safely and congratulate Kelly and Brandon on their new addition!