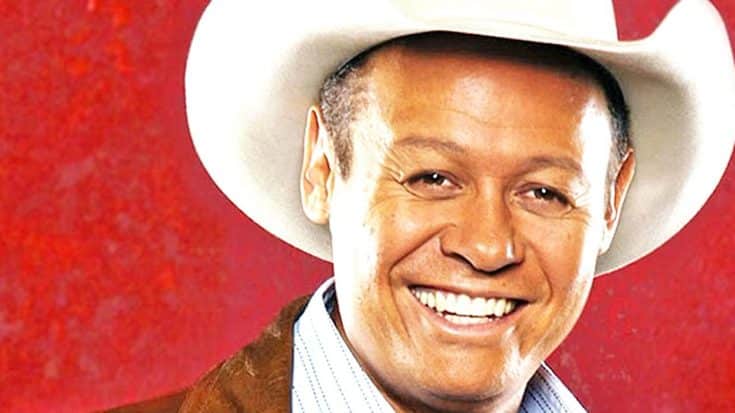 On Monday (April 25), Neal McCoy made an announcement that had fans saying, “It’s about time!”

Three years following the release of his tribute album to Charley Pride, McCoy announced that he has plans to release a new album titled You Don’t Know Me. The title certainly seems fitting for the album, since at first fans were expecting yet another entertaining country album from the “Wink” singer. But they were in for a shock, because as it turns out, McCoy’s new album is pulled directly from The Great American songbook.

Featuring a total of 13 classic songs such as “It Had to Be You,” “Unforgettable,” and “Don’t Get Around Much Anymore,” the album shows off a whole new side to McCoy and his talent. For McCoy, even though none of the songs on the album are considered “country,” he sees a similarity between them and country music.

“Since I was a young kid, I just loved songs that told stories and brought out emotion in you,” McCoy wrote on the album’s PledgeMusic page. “I think it’s one of the things that brought me over to country music when I was younger and then what made me start listening to songs in the Great American Songbook. I think you’ll find a common thread in country music and the classic songs from that era.“

McCoy said he is “thrilled” to be sharing his new album with his fans, which is available on his PledgeMusic page with some other exclusive gifts. Overall, McCoy is hopeful that his fans will find themselves moved by his renditions of these classic songs we all know and love.

“I just think it’s terrific stuff and something that you’ll want to treasure for the rest of your life,” he said. “It’s great American songs that stand the test of time.“

You can watch the preview video of McCoy’s new album below. We’ve only heard little snippets of the songs, but we’re already in love! How about you?