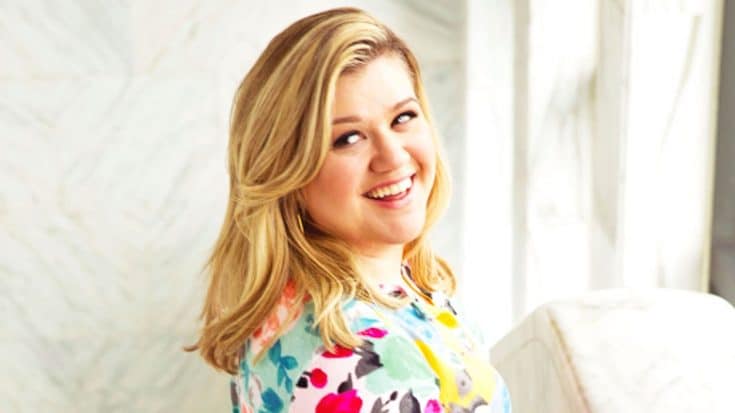 When Kelly Clarkson announced that her son, Remington Alexander Blackstock, was born on April 12, fans were anxious to see pictures of her family’s new addition. Clarkson has been more than happy to oblige, and on Saturday (April 23) she officially introduced Remington to the world with two pictures she shared with her fans on Twitter.

But like any proud parent, Clarkson couldn’t stop at just those two photos. On Monday (April 26) she chose to share a family photo with all four of her children: her daughter River Rose, her stepson Seth, and her stepdaughter Savannah, and of course, little Remington.

The photo shows the children enjoying some time outside, with River and Savannah sitting on a cushioned bench. Savannah holds baby Remington in her arms while Seth stands at the side of the bench and smiles at River.

Clarkson compared her children to another famous musical family, writing “the von Trapps ain’t got nothin’ on us!“

Although Clarkson says this is the “last photo” of her kids she’ll be sharing for now, we sure hope not, because they are all so cute! It’s clear that baby Remington will be showered with lots of love.

Congrats to Clarkson yet again on the new addition to your family!