Julianne Hough Admits She’s In No Rush To Get Married 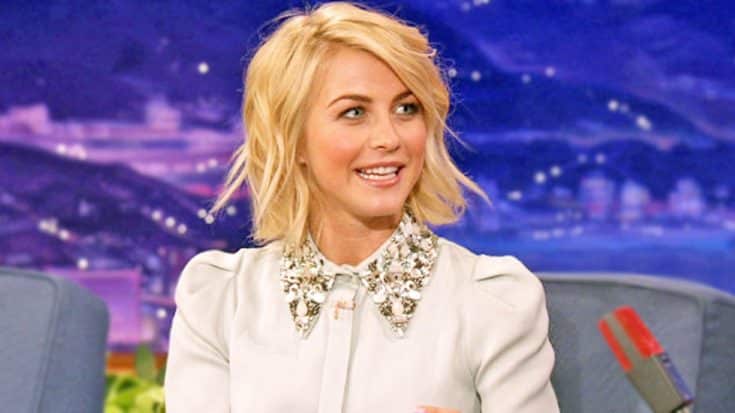 As a dancer, singer, and actress, Julianne Hough has always maintained a busy schedule. But now, Hough has a little bit of free time on her hands. After serving as a judge on Dancing with the Stars for the past three seasons, Hough announced in February that she would not be returning for the show’s upcoming season.

Now that Hough no longer has her commitment to Dancing with the Stars, she’s using her extra time to focus on other projects. She’s also hoping to use the time to move forward with her wedding plans to her hockey player fiancé Brooks Laich. However, as Hough shared during a recent interview with Refinery 29, she’s in no rush to walk down the aisle.

“We’re really just enjoying our engagement period, because we’re never going to be here again. Even when we were dating, we were like, ‘Let’s just be boyfriend and girlfriend.’ And now that we’re engaged, it’s ‘let’s just be fiancés,’ When we get married, we’ll be husband and wife. And then, we’ll be mom and dad. We just want to enjoy each stage of our relationship.”

Hough also admits that her and Laich are “not great planners,” which is another reason why they aren’t in any hurry to tie the knot. Still, Hough does have a few ideas in mind for her wedding, which according to her, will likely take place outside.

“We both want to keep it as intimate as possible — that’s just more our style and our vibe,” she said. “But I have a very big family, so intimate to us might be big to some people.“

Ever since Hough released her debut country single “That Song in My Head,” we’ve been in love with her, and we have our fingers crossed that she’ll release another album sometime soon.

It’s clear that Laich also fell in love with Hough, and we hope they are both able to enjoy this time in their lives together!