After $70K In Fines, Danica Patrick Is Mad At NASCAR

By Manly Bryant on April 26, 2016
Advertisement 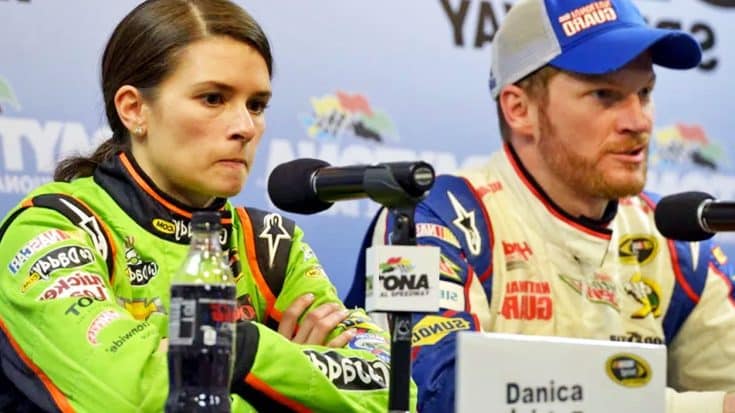 Over the course of the last six months, this racing star has tallied quite a bill with NASCAR for violating several policies. Just in that period alone, Danica Patrick has been slapped with $70,000 in fines. But, it’s her fear of getting hit with even more fines that has her worked up..

It appears that NASCAR has been issuing fines frequently in the last few months.

Just recently, NASCAR hit Tony Stewart with a $35,000 fine for “behavioral misconduct” according to one of its newer policies. Fortunately, the Driver’s Council stepped up to absorb that fine since Stewart was speaking out to encourage and promote safety during pit stops, but NASCAR’s actions have left other drivers, like Danica, baffled.

Danica, who drives for a team that’s co-owned by Stewart, opened up to USA Today about her confusion and anger regarding the fines.

“It’s very hard to know what you can do or say anymore that’s not going ot get you in trouble – depending on the day or time or whatever.”

But being fearful of seemingly arbitrary fines isn’t the only thought Danica had on the matter. She also said that NASCAR’s decision to fine Stewart left her upset.

“I feel like my answer should be I have no idea what I can say that’s not going to get me fined, other than nothing,” Danica said. “That’s my answer. That’s actually how mad I am about it, too.”

Danica’s frustration and anger come just days after the controversy ignited the internet when Stewart was championing for teams to be required to install all five lug nuts when changing tires during a pit stop.

Teams had been able to get away with leaving off a lug nut in recent months due to a change ordered by NASCAR where the teams would no longer be policed by officials during pit stops.

Many teams had experienced loose tires this season and it looks like Danica and Stewart stand on the same side of the issue.

What do you think about Danica’s statement? Do you agree?