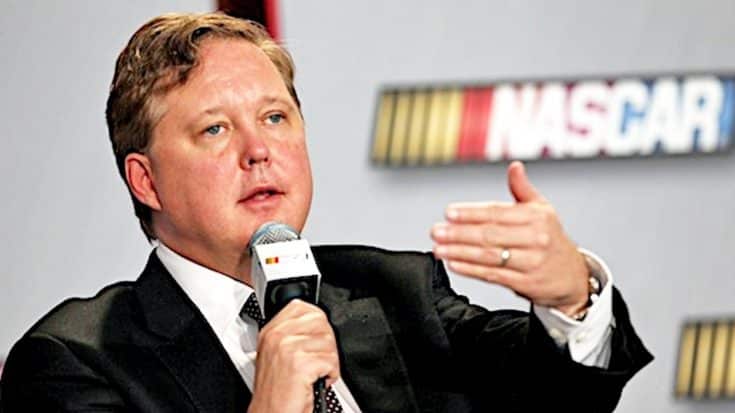 Following a recent rash of outspoken drivers, thousands of dollars in fines, and some heated conversations in the media, NASCAR has reversed a decision they made in 2015.

Just recently Tony Stewart was slapped with a $35,000 fine for comments related to the practice of pit crews leaving off lug nuts in order to speed up time during pit stops.

Stewart was very outspoken and made comments criticizing NASCAR for allowing this by removing the officials from policing during pit stops. The racing organization nailed him with the fine citing their “behavior policy” and held steadfast with their, then-current, lug nut position.

Now, just less than a week after Stewart made his comments, NASCAR’s CEO, Brian France, revealed that the organization had reversed their decision and reinstated the lug nut rule.

“Our job is whenever there’s a safety improvement to make or a policy to enhance things, we will just do that,” France said Monday (April 24th) during an interview with SiriusXM NASCAR Radio. “It’s as simple as that. There’s not a controversial thing. Our whole system is based on safe and competitive racing. If we can make an adjustment to make things safer, we just simply will.”

Although NASCAR has now changed its mind following Stewart’s comments, his fine stands and will not be removed, but that shouldn’t be too much of a burden on him as The Driver’s Council has agreed to pay for it in support of his stance on safety.

Since the organization has issued the new rule, Tony Stewart hasn’t made a public statement yet, but France did make a comment of his own on Stewart’s “behavioral” misconduct.

“He’s part of the Driver’s Council and he’s an owner as well, so he has a direct line to express those views, which he did not do,” France said in a Tuesday (April 25th) interview with SiriusXM NASCAR Radio. “When you imply that NASCAR doesn’t care about safety, you can expect a reaction from us.”

With the new rule, NASCAR officials can only check for lug nuts before and after a race, but may call a car back to the pit during a race. Penalties for a tire coming off during a race for “improper installation” would mean a four-race suspension of any involved crew members and the crew chief, while discovering missing lug nuts after a race would net at least a $20,000 fine and one race suspension for the chief.

What do you think of the change of heart on the NASCAR policy?