After Years Of Silence, Jep Robertson FINALLY Opens Up About Father’s Controversy 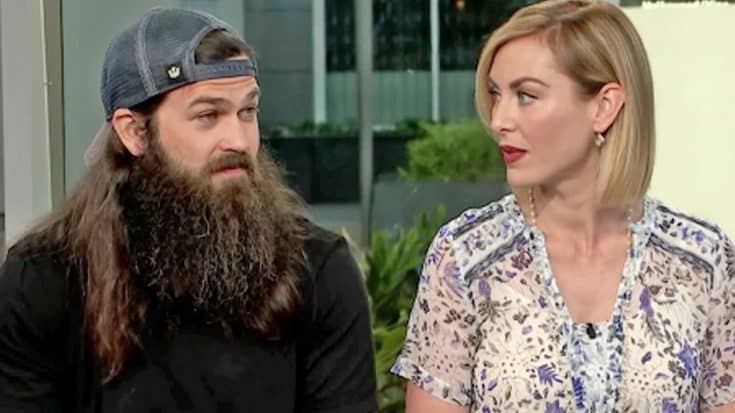 In 2013, Phil Robertson sat down for an interview with GQ Magazine and sparked major controversy.

GQ asked him what he thought was sinful and he answered honestly. He made comments about homosexuality and his disagreement with it, along with a few other controversial remarks.

Upon hearing about the interview, A&E decided to suspend Robertson indefinitely from Duck Dynasty because they did not agree with his statements.

Family members supported him and so did the fans. Many Facebook pages were set up rallying for him and a petition was started and two days after the suspension announcement, it had over 70,000 signatures. A&E got the message and reinstated Robertson before any episode was affected.

Many of his family members have spoken about the controversy in interviews except for his youngest son, Jep. That all changed on Wednesday (April 27).

Sitting down with Hollywood Today Live to help his wife, Jessica, promote her new jewelry line, one of the host’s asked for his opinion on the subject.

“I’m not my dad’s keeper,” Jep said sternly. “He says some things sometimes. Growing up, he always taught us, ‘Love God and love people,’ regardless of who they are. So, I don’t know exactly why he says a lot of the things he says.”