By Manly Bryant on April 29, 2016
Advertisement 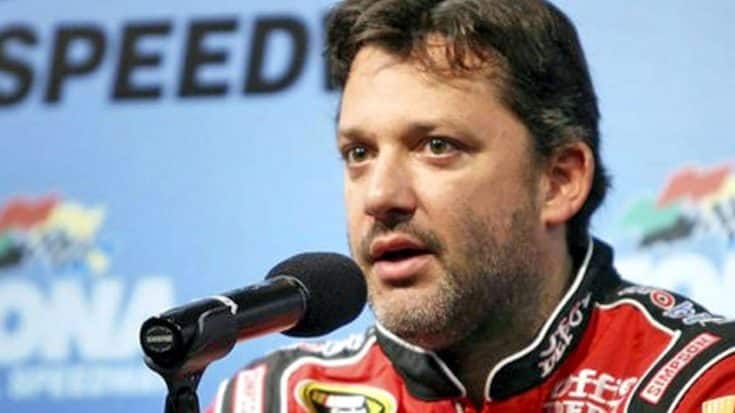 Just over a week after NASCAR slapped one of their best-known drivers with a huge fine for some comments, the racing star has some very pointed questions.

Tony Stewart, who voiced his concerns over missing lug nuts and NASCAR’s change of removing officials from policing pit stops, was hit hard with a $35,000 fine and found the organization citing its “behavior policy”.

The policy, which carries language about members making disparaging remarks about the sport or NASCAR leadership, was used to move forward with the fine even when other drivers spoke up in disagreement.

NASCAR did not specifically cite a reason or cause for why they issued the penalty, just simply the handbook rule number.

Since that time, The Driver’s Council spoke up in agreeance with Stewart’s concerns over safety and said they would be paying the fine on his behalf in order to show support.  Stewart later thanked the Council and chose to donate their money to charity and paid the fine on his own.

Just days later, NASCAR reversed the policy change and are now requiring crews to have all five lug nuts attached at the finish of the race and imposed tough penalties for anyone who has a wheel detach during the race if it is related to “improper installation”.

Today, Friday April 29th, at the Talledaga Superspeedway, Stewart laid into the organization expressing his continued frustrations and questions with the circumstances around the fine.

“The crazy part was I wasn’t the first person that brought [the lug nut concern] up. I was down the food chain of guys that had already discussed it and talked about it,” Stewart said. “I talked about it and got my hand slapped.”

Although he wasn’t the only one who spoke up about it, the penalty has stuck in Stewart’s craw.

“You hate to have to pay $35,000 to get someone’s attention, but apparently that’s what it took,” he continued. “I’ve got questions, too, that I’d like to have answers to.”

“I’m still wondering why I’m paying a $35,000 fine for something that got changed three days later.”

But Stewart doesn’t stop there. He reveals that he’s proud that The Driver’s Council stood behind him on an important issue and that it’s great they can stand as a unified front for the voice of the drivers – which is why they were founded.

He also admitted that he feels people should stand up for what they believe in – regardless of fines and such.

“When it comes to something like that, that is a safety issue, fine or not, I think you’ve got to speak your mind and you’ve got to be honest,” Stewart concluded. “I hope this doesn’t discourage drivers for standing up for what they believe and what they think is right for everybody.”

What do y’all think of the situation with Tony Stewart and the fine from NASCAR?