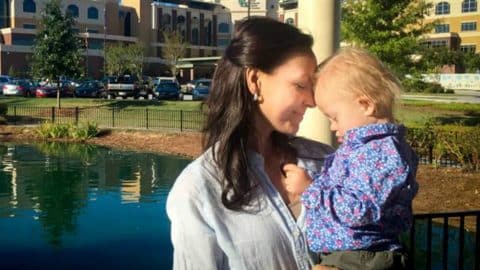 For the first time since Joey Feek passed away, her family celebrated Mother’s Day without her. But, it wasn’t the first time Rory Feek spent the day as a single father. Long before Rory met Joey, he was a single dad, raising two daughters on his own.

In a new blog post, Rory reflects on those days and shares that he knows now that God was preparing him him to be a single dad once again.

“I can’t tell you I was a great father. I tried. I think was a good father, but the truth is I was still a young man struggling to find myself, while the girls were growing and finding out who they were. I made so many mistakes and was so selfish. At times I was more concerned about being a great songwriter than being a great father,” Rory shared. “In a lot of ways, I think the girls raised me while I was raising them. But they were so forgiving and loved me unconditionally. They still do.”

Rory admits that he prayed that he would have a second chance at being a father, and that God might bless him and Joey with a child of their own. Rory’s prayer was answered when Indiana was born just over two years ago. But, shortly after Indy’s birth their life would take a tragic turn as Joey would be diagnosed with cancer for the first time.

Last summer, Joey’s cancer returned once again and this time would be terminal. Rory wrote about Joey’s reaction to the news saying, “Joey sat beside me on a glider on our back deck and cried and cried. But not because of the news that the cancer had spread and there was nothing more the doctors could do. She cried because Indy was going to lose her mama, and I was going to be a single father again. Joey knew how hard it had been for us for all those years before she came along and she was upset that she was going to leave me in the same situation. I remember her tears falling and her saying, ‘I don’t want you to have to raise a child again by yourself… it’s not fair’.”

Rory realized then that “God knew what was in store, and all those years by myself with the girls was Him preparing me for the job of caring for Indiana.”

Even though Joey is gone, her family took time to celebrate her on what Rory calls “her day”…Mother’s Day.

“Joey loved being a mother more than anything else in the world. And she is still Indy’s mama. And Heidi’s and Hopie’s.”

And while the day is bittersweet for Rory, he is thankful and shares that often he will just sit and stare at little Indiana.

“And all the pain and fear that I feel melts away… and it’s replaced by the feeling of how lucky I am…that we are. Indy’s so beautiful. When I look into her little eyes… all I see is love.  And her mama, and her sisters, and that little pink bowl… and the incredible second chance I’ve been given to be a father.”