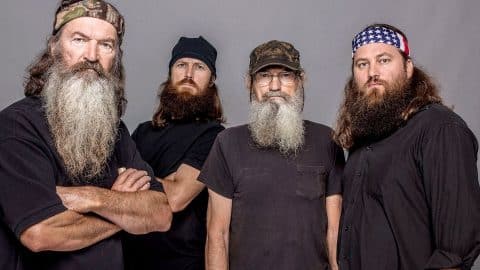 This year’s presidential race has split the Robertson family down the middle.

While Trump is now the presumptive Republican nominee, the elder Robertson hasn’t announced his support, but has revealed that he will be speaking at the 7th Annual Western Conservative Summit.

According to their website, the Summit is “the largest gathering of conservatives outside of Washington, DC.”

Along with Trump, fellow speakers at the Summit include Ted Cruz, John Kasich, Marco Rubio, and Carly Fiorina, all previous candidates for the Republican party.

It will be interesting to see what happens with all of these powerful politicians at the same event for the first time since Trump became the presumptive nominee.

The Summit will take place July 1-3 in Denver, Colorado, just two weeks before the Republican National Convention in Cleveland, Ohio.

Watch Robertson speak at a Cruz rally below.