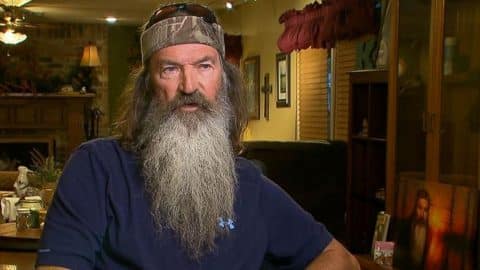 But now that Cruz has “suspended his campaign”, Robertson is without a candidate.

In a video announcing his endorsement for Cruz, Robertson reveals what he is looking for in a presidential candidate.

“My qualifications for president of the United States are rather narrow,” Robertson says. “Is he or she Godly, does he or she love us, can he or she do the job, and finally would they kill a duck and put him in a pot and make him a good duck gumbo? Cruz fits the bill.”

Following the suspension of Cruz’s campaign, Robertson revealed to The Hollywood Reporter that he is now backing presumptive Republican nominee Donald Trump.

“I’ll go with the platform that I discovered when I was 28. I looked at the Democrats and the Republicans…I’m a Republican, so I’ll back old Donald,” he said.

He was also interviewed by Fox News’ Sean Hannity on Saturday (May 12) about his new support for Trump.

Watch that interview below.