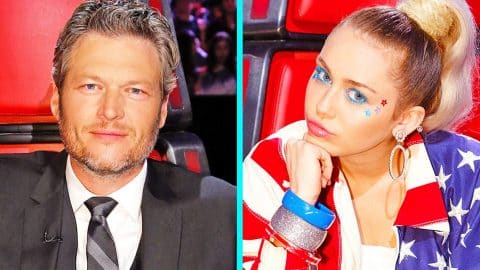 (Right) The Voice Facebook/(Left) NBC via Self

With The Voice nearing the end of its current season, the show has already started to make plans for Season 11. After coaches Christina Aguilera and Pharrell Williams announced they would not be returning for the next season, the show picked two new female coaches to fill their spots.

R&B artist Alicia Keys, known for songs such as “Fallin'” and “No One,” will fill in one of the chairs. Although viewers were excited to hear about Keys’ addition to the show, the other new coach has generated a lot of controversy.

After serving as the key advisor on this season of The Voice, Miley Cyrus is set to return as the second new coach for Season 11. The show’s decision to bring Cyrus on caused some backlash from viewers, with a few going so far as to say they will boycott the show as long as Cyrus is a coach.

Blake Shelton and Adam Levine will return as coaches for Season 11, and they certainly have been made aware about the controversy surrounding Cyrus. During a recent interview with Access Hollywood, Shelton revealed he thinks Cyrus will make a great addition to the coaches’ panel, and explained his reasons for thinking so:

“I think she’ll probably work hard at this because she’s definitely someone who thinks, obviously, thinks outside the box and so I know she’s going to bring her own elements, as far as mentoring, into the show…I think ‘The Voice’ needs it, I think we need her.”

In an earlier interview following a tapping of The Voice, Shelton said that if Cyrus does get out of line on the show, he knows exactly how to handle it.

“I’ve known her dad for years and years, so it’s like, ‘I’m gonna call your dad! I will tell your dad what an a**hole you’re being right now, so you better settle down, missy!” he said.

Cyrus proved to be a helpful advisor to all of the contestants this season, so we’re curious to see what she’ll be like as a coach, and if Shelton will really stay true to his threats!

You can watch Shelton’s full Access Hollywood interview in the clip below.