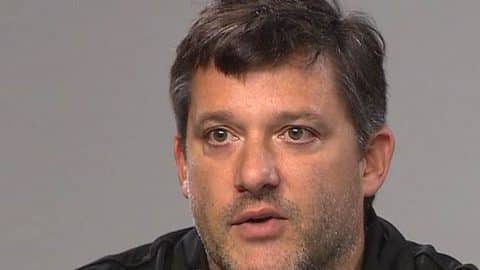 The legal ramifications following the tragic loss of sprint car driver, Kevin Ward Jr., in August 2014 have yet to be resolved for Tony Stewart.

In late September of 2014, a Grand Jury in New York determined that there was no basis for criminal charges against Stewart following the highly controversial death the of 20-year-old racing driver.

Since that ruling, Ward’s family has filed civil suits against the NASCAR pro, citing wrongful death. The latest hearings in the case are scheduled for the week of May 16th and are set to determine if Stewart’s insurance company is legally required to represent him in the cases.

According to Beyond The Flag, the case is an immensely complicated one, that is hinged on a technicality contained in the policy issued by Axis – the insurance provider.

The original policy contained exclusionary clauses related to incidents arising between “racing vehicle drivers”. The excerpt from the policy states:

Stewart’s camp claims that the insurer is required to provide coverage based on the logic that once Ward had exited his vehicle, he was no longer a “racing vehicle driver”.

These kind of exclusions are normal for policies covering drivers in motorsports as they frequently get into altercations with one another.

This is just the very beginning of the cases Ward’s family have filed against Stewart in light of him being absolved of any wrongdoing by a Grand Jury.

What do you think of this case? Should his insurance company cover him?

Let us know in the comments!