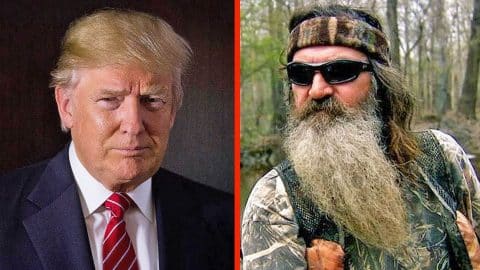 His tune has recently changed since Cruz dropped out of the race for the presidency. Robertson has now announced that he will be backing presumptive nominee Donald Trump.

“We have to be loyal to the party,” Robertson told Fox and Friends Wednesday morning (May 18).

He also revealed that he would like to be one of Trump’s advisors. It is very important to Robertson that we have a “Jesus man” in the White House and he would like to help Trump be more of that type of person.

“I’ll make a valiant attempt behind the scenes … to sit down with Donald with a Bible in between us,” Robertson said, further saying that he could see himself as Trump’s “spiritual adviser”.

Robertson’s son, Willie, has a close relationship with Trump so we can actually see this happening.