By Tiffany Smithson Aaron on May 18, 2016
Advertisement 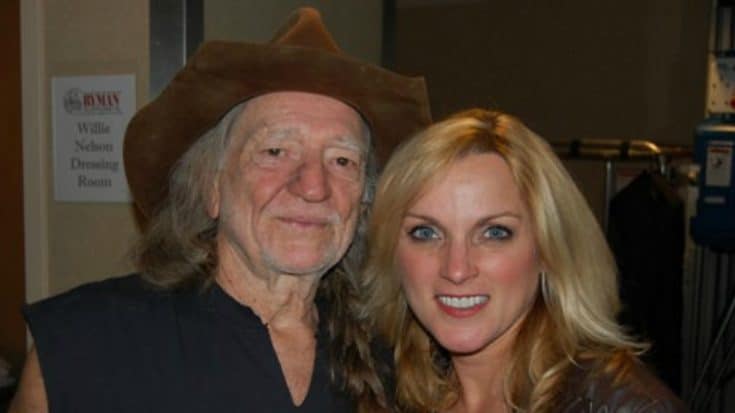 Rhonda Vincent is arguably the biggest female star in bluegrass music. The reigning International Bluegrass Music Association’s Female Vocalist of the Year has appeared on numerous country recordings with the likes of Dolly Parton, Alan Jackson, and Tanya Tucker, and scored a chart-topping duet with Willie Nelson. Just like country artists who travel coast to coast to perform, Rhonda Vincent and her band, The Rage, often spend more time on the road than at home and face the dangers of such a lifestyle.

In a post made to her social media pages Saturday (May 14), Vincent shared that her tour bus had been hit the previous night by an 18-wheeler about an hour outside of Baltimore, Maryland. Vincent wasn’t on the bus at the time, but her band was and recounted the tale to Vincent who shared the story with her fans.

According to Vincent, the bus was traveling on the interstate when it came to a split in the road. A semi was headed straight for the bus when Mickey Harris, the band’s bass player who was behind the wheel at the time, swerved to avoid a collision. While the truck did strike the bus, Harris’ actions possibly saved the lives of those on board as no one suffered injury.

After the two vehicles collided, the semi left the scene, something that Vincent said is disappointing.

“I am very disappointed that someone would hit somebody like that and just drive off,” Vincent said. “So, whoever you are…it just disappoints me, I guess, that anyone would do that. You should take responsibility for your actions.”

Hear Rhonda Vincent recount the frightening story in the video below.