Alan Jackson Readying For Huge Milestone Celebration At The Opry 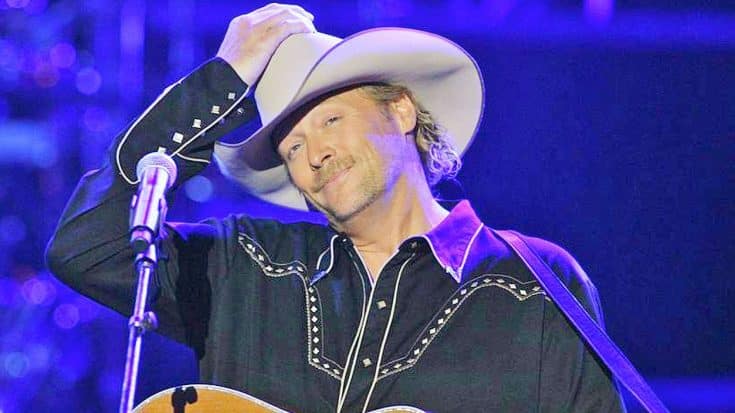 Known for his chart-topping country hits and signature white cowboy hat, legendary country artist Alan Jackson is amping up for what will surely be one of the biggest milestones of his career.

In a recent post to social media, the Grand Ole Opry hinted that someone would be coming back for a special moment on the hallowed Ryman stage, but didn’t really indicate who, less a blurred photo covered with text.

Fans were going wild with guesses as to who it was with some of them hitting the nail on the head!

Dated for June 10th, 2016, Jackson’s return marks a very special milestone for the singer, and one that will be hard to forget!

His appearance on the famed stage will commemorate the 25th anniversary of his induction into the coveted group of Opry members!

It’s certain that he’ll be performing many of his signature hits and stunning the crowd as he always has!

Upon his induction in 1991, the legendary hitmaker made this powerful statement:

“The ultimate dream when you’re in country music is to be asked to join the Grand Ole Opry.”

Watch one of Alan Jackson’s truly impressive Opry performances in the video below and be sure to watch for his milestone performance in June!