Country Star Opens Up About Undergoing Back Surgery 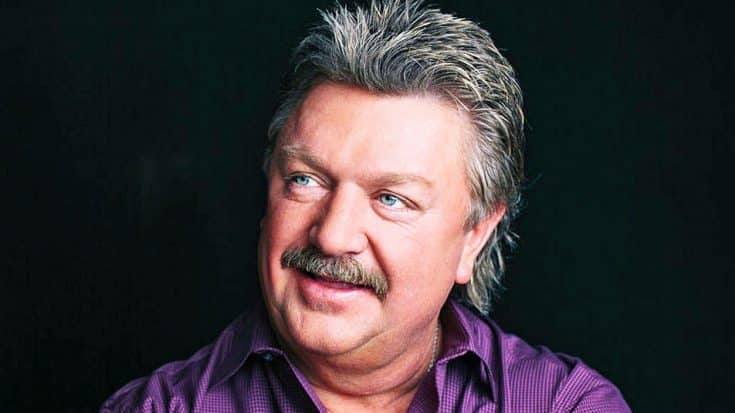 Influential country singer and songwriter Joe Diffie isn’t going to let anything hold him back from entertaining his fans, not even a major surgery.

Diffie rose to fame after working as a demo singer for several years before he finally signed with a record label. He went on to have numerous country hits, with his longest-lasting number one being “Pickup Man.”

This year, Diffie continued to cement his legacy with an extensive tour. However, he was forced to put it on hold when he had to go into the hospital for back surgery.

For a few years, Diffie suffered from spinal stenosis, which the Mayo Clinic describes as “a narrowing of the open spaces within your spine, which can put pressure on your spinal cord and the nerves that travel through the spine to your arms and legs.” Diffie’s spinal stenosis made it painful for him to perform for long periods of time, and even affected his family life. In order to better his life and continue to do what he loves, Diffie decided to undergo surgery.

Only ten days after his surgery in March, Diffie was back on the road, and has kept up with his tour schedule ever since. His next show is in Columbus, Ohio on Thursday night (May 19), and while he was in the state he sat down with the Dayton Daily News to share how he’s been recovering.

Diffie says that he’s been feeling great since he underwent surgery, saying his condition had become a burden on all aspects of his life.

“It wasn’t just affecting my business, my music, but it was affecting my life with my kids,” he said.”I couldn’t get out and walk around a zoo. I couldn’t stand up for more than about five minutes without my feet going completely numb.“

However, Diffie is happy to report that he is feeling much better now, and the surgery seemed to correct the problems he had before.

“I was in excruciating pain but I’m good to go now,” he said. “I did two shows like 10 days later. It has been a real blessing we got it fixed up.“

Diffie’s tour continues to the end of 2016, and he also hinted in his interview that he may be releasing some new music soon. In the meantime, enjoy his music video for his signature song, “Pickup Man.”

We’re glad to hear that Diffie is doing well after his surgery, and hope he continues to feel better!