By Jennifer Pernicano on May 19, 2016
Advertisement 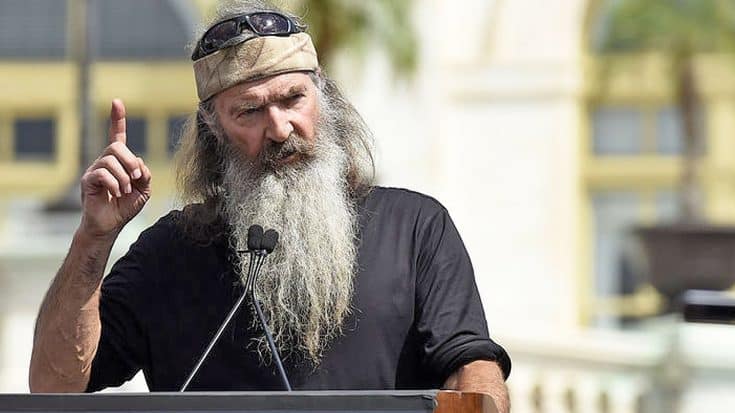 He previously endorsed Senator Ted Cruz, but since he suspended his campaign, Robertson was left with no other Republican candidates to back.

“I was forced on to the ‘Trump Train,’ but I am happily volunteering my services for Mr. Trump, mainly because the Republican Party has spoken,” he told Fox & Friends Wednesday morning (May 18).

On Tuesday (May 17), Robertson sat down for an interview on the Sirius XM radio show Breitbart News Daily and gave listeners some insight on Trump and why he thinks the presumptive Republican candidate has so many supporters.

“Finally, someone [is] taking a stand against political correctness,” he says. “Say what you will about old Donald Trump, but he’s helped the situation in this case. You know, someone says, ‘well, what about the people on the left wing over here – Hillary Clinton, Bernie Sanders.’ You know what you’re gonna get with them. With Donald, you’re not quite sure. But I’m at the point where I would rather vote for someone I’m not quite sure of than the ones I know for sure of.”

Robertson knows he is sure about Democratic candidates Hillary Clinton and Bernie Sanders, which is why he quickly endorsed Trump after Cruz dropped out.

He also reveals that one of the main reasons people like Trump is because he is a businessman and not a politician.

Listen to the full interview below.