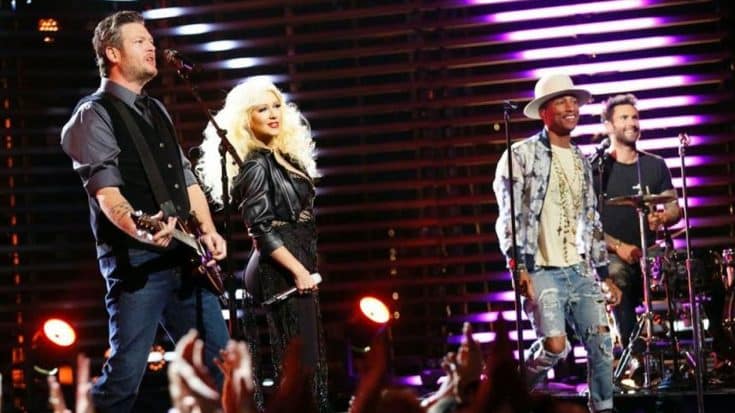 According to Entertainment Tonight, the special performance was set to debut during the show’s finale on May 23rd, but Houston’s estate found the footage was unsatisfactory.

Pat Houston, executor of Whitney’s estate, provided an exclusive statement to the news outlet expressing their reasoning behind pulling the plug. Notably, Houston’s camp was proud to have Aguilera on board, and the issues were more with how Whitney was represented.

“We have much respect and appreciation for Christina, and she was absolutely flawless,” Pat Houston said. “After closely viewing the performance, we decided the hologram was not ready to air.”

The leaked video (below) shows Aguilera singing during a rehearsal with the holographic image of Whitney Houston and a stunning vocal track of the late singer’s hit, “I Have Nothing”.

From the video, the hologram appears very life-like and realistic – probably fit for viewers to see, but there is one noticeable giveaway that might have contributed to Houston’s estate giving it the axe.

If you look closely, Whitney appears much larger than Aguilera in stature. In reality, Aguilera stands at approximately 5’2″, whereas Whitney stood at 5’6″, but the video shows Whitney standing at a much greater height.

What do you think of the hologram performance being pulled? Do you agree?

Watch the videos below and let us know your thoughts in the comments.