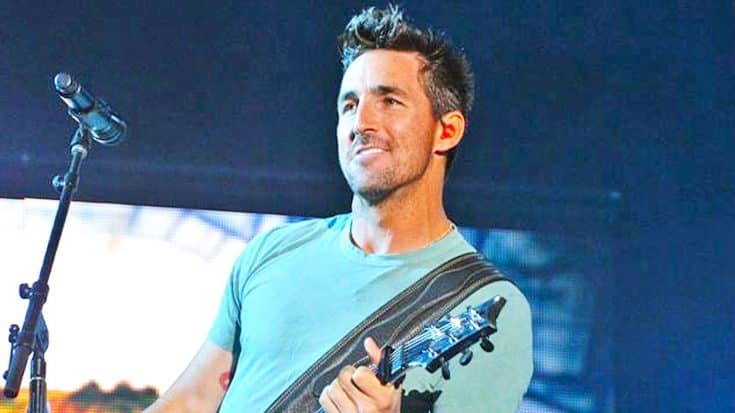 What started off as a normal day on tour for Jake Owen ended in a trip to the emergency room.

Fans were alarmed on Thursday morning (May 26) when Owen tweeted he was heading to the emergency room. But he tried to keep his fans calm by assuring them he still planned on performing during his scheduled concert in Herrin, Illinois that evening.

Supposed to be headed towards Herrin, IL for show, instead headed for Emergency Room… I’ll make Herrin.. No worries. Show must go on

Since Owen has a history of being accident prone, many of his fans inquired as to the reason why he was rushed to the emergency room this time around. Owen has suffered a shoulder injury and broken his collarbone in the past, and even had to have part of a finger amputated following a go-cart crash in 2013.

Later, Owen got back on Twitter to update his fans, saying that he was back on the road to Herrin. The tweet also included the hashtag #iwreckedmybike, which finally answered the question of what happened to the “Barefoot Blue Jean Night” singer.

All good, and on the road to Herrin, IL… Some stiches and I’m back at it.. See y’all tonight. #iwreckedmybike

Despite what just happened to him, Owen shared another hopeful message an hour later, writing “Sometimes in life, you fall. That’s when you get back up again, and walk it off.” The message also contains a picture of Owen’s injury, so if you’re the least bit squeamish, you may want to close your eyes and scroll past the tweet below!

After stitches… Sometimes in life, you fall. That’s when you get back up again, and walk it off. pic.twitter.com/ulSAvvLsbm

Remarkably, Owen still intends to perform at his concert as planned. We have to admire him for his strength!

We’re thankful Owen’s accident wasn’t more serious than it was. We’ll be keeping him in our prayers and hopes he’s able to make a complete recovery.