By Miranda Raye on June 2, 2016
Advertisement 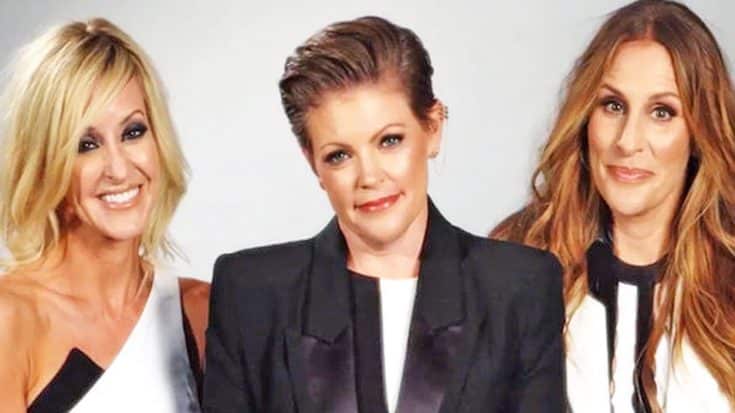 On Wednesday night (June 1), the Dixie Chicks kicked off the North American leg of their DCX MMXVI Tour in Cincinnati, Ohio. The event was monumental for the group because it’s the first time in ten years that they’ve launched a tour in the United States.

During the late 1990s and early 2000s, the Dixie Chicks were a major force to be reckoned with in country music, with hit songs such as “Wide Open Spaces” and “Cowboy Take Me Away.” But one statement in 2003 led to instant backlash that has kept the Dixie Chicks away from a U.S. tour…until now.

During a concert in 2003 in London, lead singer Natalie Maines addressed the crowd about the impending invasion of Iraq, and spoke out against President George W. Bush in the process:

“Just so you know, we’re on the good side with y’all. We do not want this war, this violence, and we’re ashamed that the President of the United States is from Texas,”

Her comments were met with instant backlash in the States, and the Chicks found themselves the subject of nationwide boycotts. They addressed the issue in their hit single from 2006, “Not Ready to Make Nice,” which went on to win three awards at the Grammys.

Since then, the Dixie Chicks have stayed true to the notion that they are “not ready to make nice,” and haven’t held back their thoughts about this year’s presidential election. Maines previously called out Republican candidates Ted Cruz and Donald Trump on social media, so it was no surprise when the Chicks got a little political during their concert in Cincinnati.

One of the 20,000 fans at the concert shared a photo of the Dixie Chicks on stage, which shows them standing in front of a giant photo of Trump with a drawn-on beard and pair of devil horns.

Later, a fan video from the concert surfaced showing the context in which the picture of Trump appeared. It was part of a video montage that played across the screens behind them while they sang their hit song,”Goodbye Earl.” Although the picture flashed across the screen for a breif moment, plenty of people noticed, and several even cheered.

Did you see? The Dixie Chicks have a message for Donald Trump #dumptrump @dixiechicks #DCXMMXVI @realDonaldTrump pic.twitter.com/XOkaA7n41R

No matter what you think about the Dixie Chicks’ political views, there’s no denying the influence they had on country music. You can watch the music video for their Grammy-winning song, “Not Ready to Make Nice,” below.