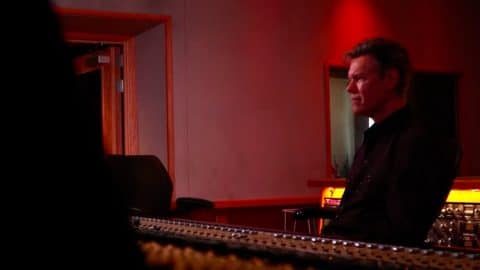 Recent Country Music Hall of Fame inductee Randy Travis made his first music video appearance since his 2013 stroke when he joined friend and fellow country artist Shane Owens in his “Country Never Goes Out of Style” video released earlier this week.

Shane Owens may not be a name many are familiar with, but the tune and Owen’s passion for traditional country music is sure to resonate with country audiences. Randy Travis described it best when he said “Shane Owens brings it all…vocal, writing, performance, and passion. He has paid his dues, remained committed to traditional country and brings you a song with heart and a story. Songs that will get you through the tough times and enjoy the happy times….He will bless you with his talent and his kindness. To Shane, I gladly pass the baton…”

Randy Travis’ glowing endorsement explains why the “Three Wooden Crosses” singer chose to make his return to the studio and screen on Owens’ new video.

“The song “Country Never Goes Out of Style” means so much to me,” Owens said in a press release. “It really talks about the way I was raised and the way I live my life today … I think a lot of people live this song daily and can relate to it, especially if they were raised in the country with old-school ways.”

Watch the Randy Travis approved Shane Owens’ video for “Country Never Goes Out of Style” below!