By Miranda Raye on June 8, 2016
Advertisement 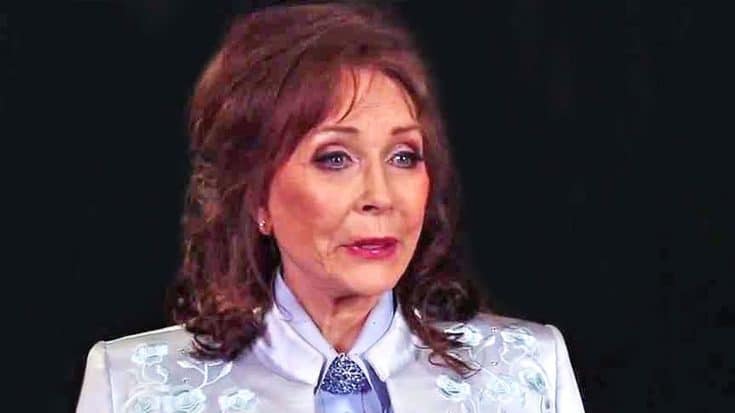 Loretta Lynn is mourning the loss of someone close to her heart. In an announcement posted to her Facebook page, Loretta announced her grandson, Jeffrey Allen Lynn, passed away unexpectedly on Monday (June 6).

Jeffrey, who was 47, lived and worked on his grandmother’s ranch in Hurricane Mills, Tennessee.

Out of all of Loretta’s grandchildren, Jeffrey was the oldest grandson. His father was Jack Benny Lynn, Loretta’s oldest son who tragically passed away in 1984 when he drowned while attempting to cross the river that runs through the Lynn family property.

Loretta has had to cope with many huge losses since then. Her husband of almost 50 years, Oliver “Doo” Lynn passed away in 1996, and her oldest child, daughter Betty Sue, passed away in 2013 from emphysema.

Now, Loretta is mourning the loss of her beloved grandson, who is survived by his three children, Jory, Katie, and Cody.

Loretta was supposed to perform in Miami, Oklahoma on Friday (June 10) and Hinton, Oklahoma on Saturday (June 11), but has made the decision to postpone these shows so she can be with her family during this sad time. The two shows have now been rescheduled for July 8 and November 12, respectively.

We can’t imagine how hard it must be for Loretta to come to terms with her grandson’s death. Our hearts and prayers go out to her and the entire Lynn family.