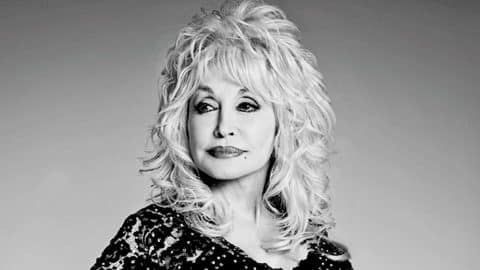 Sadness, confusion, devastation. These are the feelings many had when they learned about the mass shooting that took place at a gay nightclub in Orlando, Florida over the weekend. 49 people were killed, making it the worst mass shooting in modern U.S. history.

Many country stars reached out on social media following the shooting to express their condolences to those who lost loved ones and to show support for all those affected. Some artists, such as Little Big Town and Luke Bryan, chose to honor the victims during emotional performances at their concerts.

Now, one of country music’s greatest legends is finally sharing her response to this tragic event. Speaking to Billboard, Dolly Parton expressed the feelings of heartbreak she experienced when she heard the news:

“The fact that you just kill somebody for being something you don’t agree with or don’t understand or accept, that’s terrible. It’s just terrible period. We should just love one another a little more, don’t you think?”

Parton is known for having one of the largest gay fanbases in all music, and she says many of her gay fans regard her as a sort of “patron saint“. Since Parton is well aware of the influence she has in the gay community, she’s had a tough time grasping why such a tragedy occurred.

“It wouldn’t matter what kind of club it was. It happened to be a gay, lesbian club…I am not God. I am no judge. I just know that God loves us all,” she said. “I just think it’s terrible that people kill anybody for any reason.“

Reading Parton’s words, you can tell how shaken she is by this tragic event. Parton has always been known for her kind spirit, and during this sad time her words are the source of compassion many need.

Our prayers continue to go out to all those affected by the tragedy in Orlando.