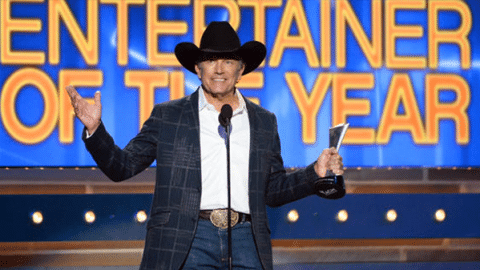 With a career that spans three decades, Strait has racked up the most #1 singles of any artist in history including Elvis (60 to date inclusive of all charts). In addition to his nearly 69 million records sold, his 33 different platinum or multi-platinum albums account for the most RIAA platinum certifications in country music and is 3rd in all genres behind only The Beatles and Elvis Presley. Strait was inducted into the Country Music Hall of Fame
in 2006.

While George didn’t have much of a hand in writing his songs for many years, that has drastically changed on Here For A Good Time. After writing three songs with his son Bubba and trusted songsmith Dean Dillon for his 2009 album Twang, George is credited with co-writing seven of the tracks on the new album; six as a trio with Bubba and Dean (including the title track) while George and Bubba put together “Shame On Me” on their own.