Reba McEntire – She Thinks His Name Was John 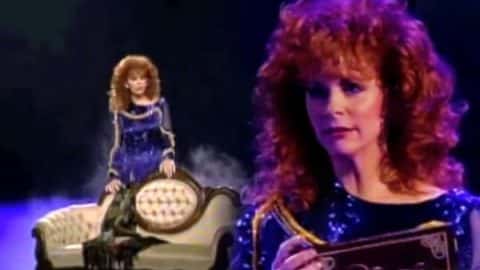 She can account for all of the men in her past
Where they are now, who they married, how many kids they have
She knew their backgrounds, family and friends
A few she even talks to now and then

A chance meeting, a party a few years back
Broad shoulders and blue eyes, his hair was so black
He was a friend of friend you could say
She let his smile just sweep her away
And in her heart she knew that it was wrong
But too much wine and she left his bed at dawn
And she thinks his name was John

Now each day is one day that’s left in her life
She won’t know love, have a marriage or sing lullabies
She lays all alone and cries herself to sleep
‘Cause she let a stranger kill her hopes and her dreams