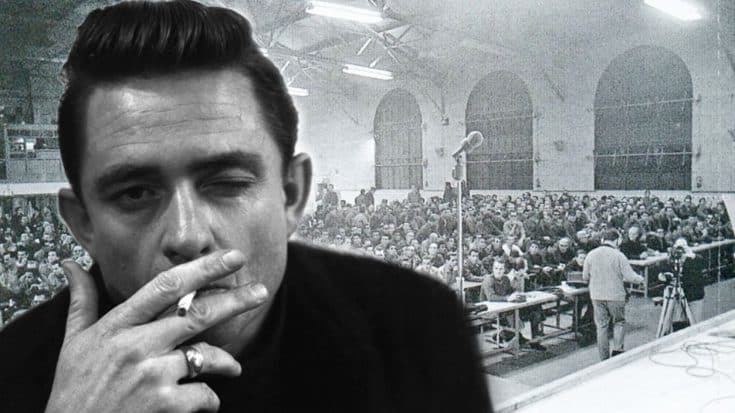 Recording a live album in one of the best known prisons was something you didn’t hear much of in the 1960’s. That is until Johnny Cash requested to record a live album while performing to inmates at Folsom Prison in 1968. It was such a success that Cash proceeded to record yet another live album at San Quentin State Prison the following year. The live footage from the concert is rare and exciting to watch!

According to the San Quentin’s Mission Statement:

“San Quentin State Prison is California’s oldest and best known correctional institution, which was established on the site currently known as Point San Quentin, in July of 1852, as an answer to the rampant lawlessness in California at the time.”

The San Quentin album was Cash’s 31st overall album, and second live. It was nominated for two Grammy Awards, including Album of the Year, and won Best Male Country Vocal Performance. The song “San Quentin” was performed for the first time live on the stage, and was played a second time at the request of the excited inmates.

This live footage is a look back on a bold move during Cash’s career, and something you’ll definitely want to see!

San Quentin, you’ve been livin’ hell to me
You’ve hosted me since nineteen sixty three
I’ve seen ’em come and go and I’ve seen them die
And long ago I stopped askin’ why

San Quentin, I hate every inch of you.
You’ve cut me and have scarred me thru an’ thru.
And I’ll walk out a wiser weaker man;
Mister Congressman why can’t you understand.

San Quentin, what good do you think you do?
Do you think I’ll be different when you’re through?
You bent my heart and mind and you may my soul,
And your stone walls turn my blood a little cold.

San Quentin, may you rot and burn in hell.
May your walls fall and may I live to tell.
May all the world forget you ever stood.
And may all the world regret you did no good.

San Quentin, you’ve been livin’ hell to me.