By Darin Blue on November 3, 2014
Advertisement 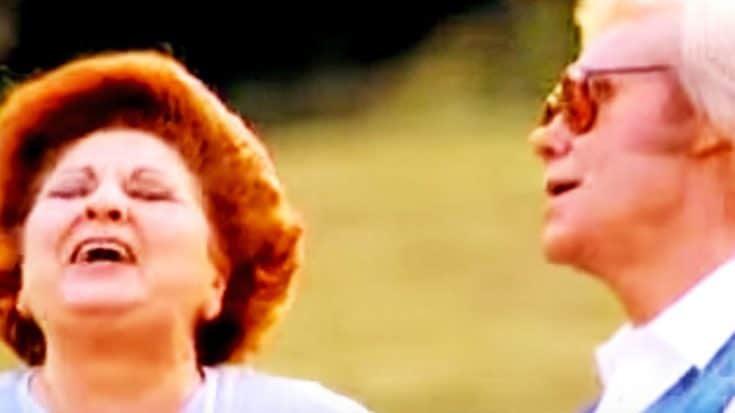 George Jones and Vestal Goodman paid tribute to The Stanley Brothers in the form of a moving cover of their powerful “Angel Band.”

Jones and Goodman took a gospel approach with a country twist in their cover as opposed to The Stanley Brother’s bluegrass version. Their music video for “Angel Band” features the two singing the powerful lyrics in a field alongside a young girl playing nearby holding a birdcage containing doves that gives her a sense of innocence.

Originally named “My Latest Sun is Sinking Fast,” “Angel Band” was brought to fame by The Stanley Brothers in their version released off their 2000 the O Brother, Where Art Thou? ﻿soundtrack. However, the song was originally written as a poem by Jefferson Hascall in the late 19th century. The song transcends both time and genre with the most recent cover by London rock band Mumford & Suns.

Watch the powerful video for “Angel Band” in the video below and be sure to let us know what you think in the comments!