Faith Hill Belts Out Paralyzing ‘America The Beautiful’ During Superbowl 43 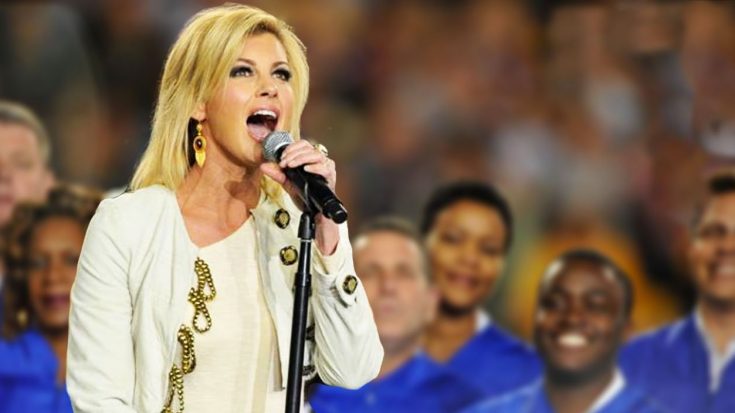 This iconic female country superstar blew thousands of football fans away when she pulled out all the stops for this unforgettable performance during the biggest football game of the year!

Known for her seemingly unmatched skill as a vocalist and her angelic vocal tone, Faith Hill has stolen America’s heart over and over again with jaw-dropping performances and chart-topping hits. This was made even more clear during the pre-game festivities for Super Bowl XLIII!

Already part of the NFL’s regular Sunday Night Football segment as the incredible voice of the theme song, Hill jumped at the opportunity to get even more involved in the Super Bowl and became one of only four people to sing “America the Beautiful” at the annual event.

Hill had previously been honored with delivering the national anthem to open the game during 2000’s Super Bowl XXXIV in Atlanta – and she did a phenomenal job!

Watch this rare and beautiful video of her dazzling performance during 2009’s Super Bowl XLIII below!