By Jennifer Pernicano on November 12, 2014
Advertisement 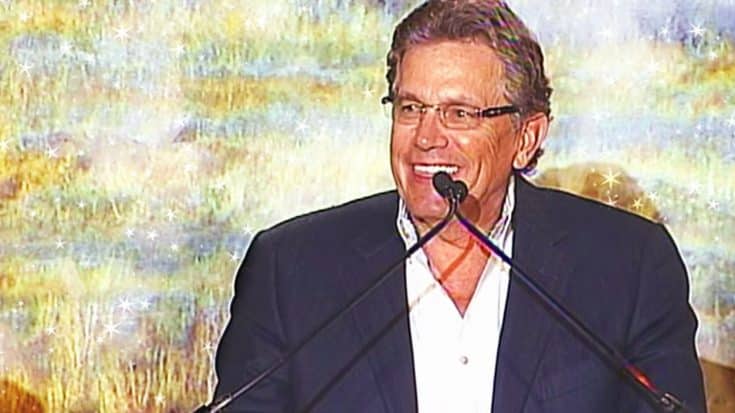 The first word George Strait said as he went to accept an award in 2014 was “Wow”. Our sentiments exactly.

We rarely see Strait without his signature cowboy hat, so when he walked up to the podium at the 8th Annual Park Cities Quail Dinner and Auction, people paid attention.

He was accepting the T. Boone Pickens 2014 Lifetime Sportsman Award and was completely honored to do so. After he said a few words, he jokingly told the audience he didn’t have anything else to say.

Seconds later, he reached into his jacket pocket and pulled out a piece of paper with his actual speech on it. As he began to read it, he explained that he wrote it on his computer, and he is not very tech-savvy.

As he made fun of himself, he lit up the room with his smile. After reading a few words from his pre-written speech, he reached in his pocket again to grab his glasses.

Now, we’ve never seen the King of Country wear glasses before and we can honestly say our lives have been changed forever. This video proves that George Strait has aged like a fine wine. He keeps getting better!

Congratulations George on this great accomplishment, you’re one-of-a-kind. Excuse us while we watch this video on repeat and swoon every time.