By Darin Blue on March 4, 2015
Advertisement 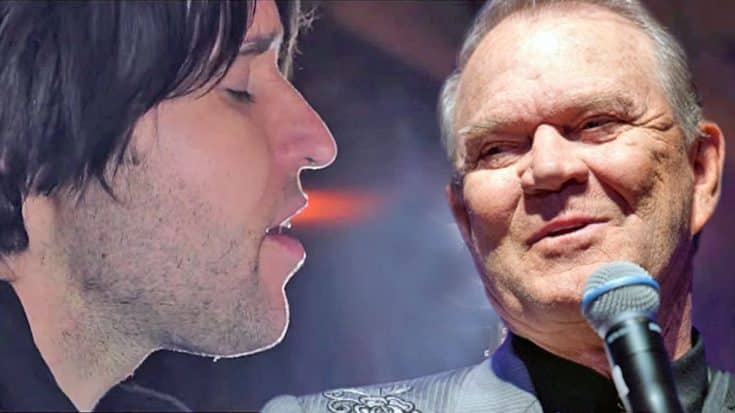 The heartbreaking performance shows a son singing his emotions out, as a tribute to his ailing father.

Glen Campbell was diagnosed with Alzheimer’s in late 2010 and shortly after, he embarked on his final tour, which he called his Goodbye Tour. Following the tour, which wrapped up on November 30, 2012 he recorded an album titled Adios, which wasn’t released until five years later.

The country legend recorded the song “I’m Not Gonna Miss You” in January 2013, but because of his prolonged battle with Alzheimers, he was never able to perform it live.

It was included in the documentary Glen Campbell: I’ll Be Me, which followed Campbell on his farewell tour.

At the beginning of the video, it says, “In January of 2013, Glen Campbell recorded his final song. Because Glen was never able to play it love due to his battle with Alzheimers, his son Shannon decided to perform the song for his father in the attic of the Campbell’s Nashville home.”